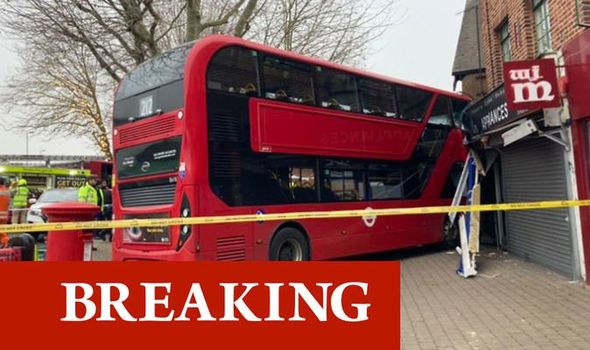 A double-decker bus mounted the pavement and smashed into a building leaving a number of people injured in east London today.

police and ambulance crews are attending the incident on selwyn avenue in chingford.

"We also dispatched a trauma team from London's Air Ambulance.

A London Ambulance Service spokesperson said : "We were called at 8.19am this morning ( 25 January ) to reports of an incident involving a bus on The Broadway, Highams Park.

'we sent a number of resources to the scene including ambulance crews, advanced paramedics, paramedics in fast response cars, incident response officers and members of our hazardous area response team ( hart ).

"The incident is ongoing and we are working with our emergency service colleagues."

A Met Police spokesperson said : "At approximately 8.20am on Tuesday, 25 January police were called to reports of a bus in collision with a shop in Selwyn Avenue, E4. 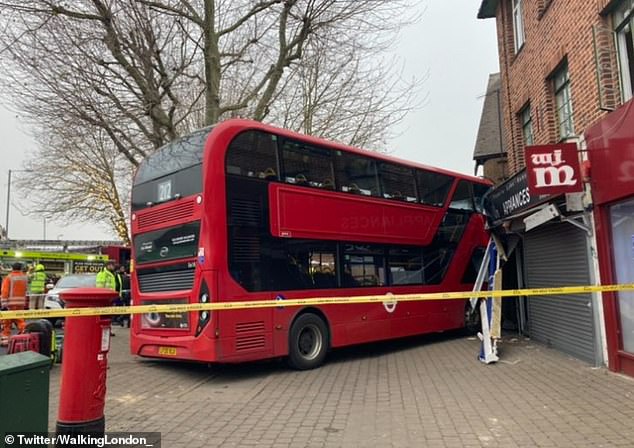 Paramedics are treating a 'number' of people after a bus collided with a building in north-east London, London Ambulance Service (LAS) said

"officers and london ambulance service has confirmed that a number of patients are on scene.

"a number of people have reported suffering injuries and are being treated at the scene."

"Road closures remain in place around the junction of Selwyn Avenue and Winchester Road.

a spokesman for the metropolitan police said "enquiries into the circumstances remain ongoing." 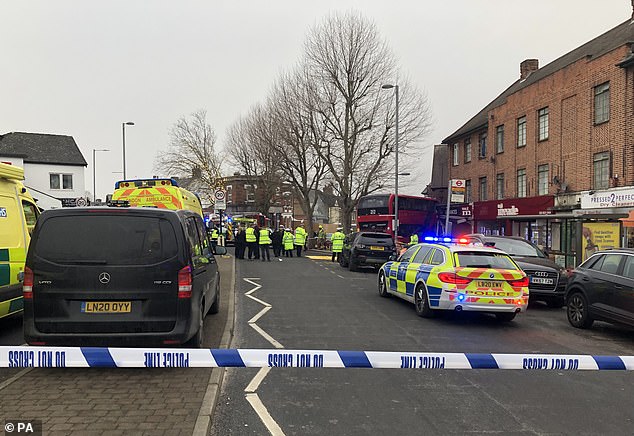 Emergency services at the scene on The Broadway in Highams Park, east London, where a number of people are being treated by paramedics

Mayor of London Sadiq Khan said his thoughts were with those affected by the "terrible" incident.

He tweeted : "I 've received reports this morning of a bus crashing into a building in Highams Park in Waltham Forest.

"emergency services are currently on the scene—we will share more information as soon as we have it.

The driver of the bus was trapped by his injuries and crews used specialist equipment to release him, and he has now been taken to hospital.

station commander dave hill of the london fire brigade said : "crews made the scene safe and have carried out a systematic search of the building to ensure there are no other casualties trapped.

MP Iain Duncan Smith tweeted : "Thank you to the first responders and emergency teams at the scene.