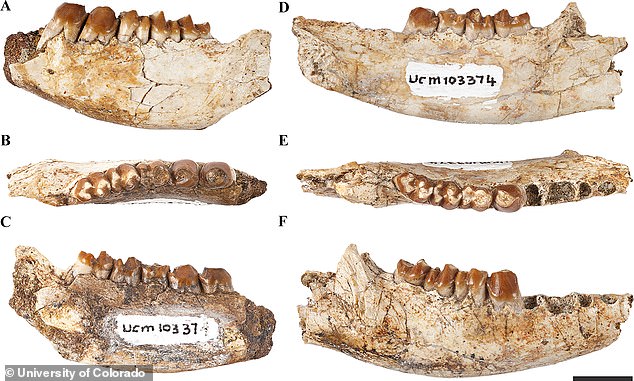 Analysis of fossils reveals the three creatures are primitive ancestors of today's hoofed mammals such as horses, elephants, cows and hippos.

They ranged in size from a ring-tailed cat to a modern house cat, which is much larger than the mostly mouse to rat-sized mammals that lived before it alongside the dinosaurs in North America.

The mass extinction that wiped out the non-avian dinosaurs 66 million years ago is generally acknowledged as the start of the "age of mammals" because several types of mammal appeared for the first time immediately afterwards.

Paleontologists from the University of Colorado in Boulder unearthed parts of lower jaw bones and teeth — which provide insights into the animals' identity, lifestyle and body size — in Wyoming's Great Divide Basin.

The three new species belong to the family Periptychidae that are distinguished from other 'condylarths' by their teeth, which have swollen premolars and unusual vertical enamel ridges.

researchers believe they may have been omnivores because they evolved teeth that would have allowed them to grind up plants as well as meat, however this does not rule out them being exclusively herbivores. 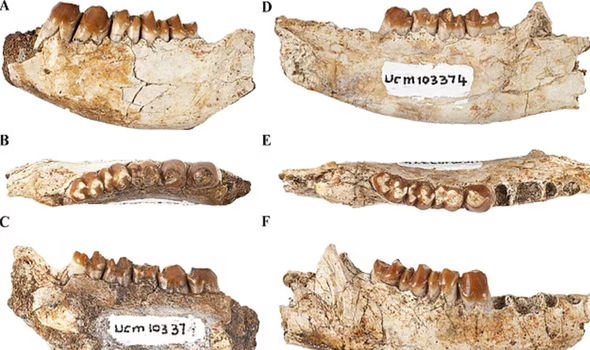 A number of fossils were found (Image: UNI OF COLORADO)

"They clearly took advantage of this opportunity, as we can see from the radiation of new mammal species that took place in a relatively short amount of time following the mass extinction."

Atteberry and co-author Jaelyn Eberle, also from the University of Colorado, studied the teeth and lower jaw bones of 29 fossil 'condylarth' species to determine the anatomical differences between the species.

'Previous studies suggest that in the first few hundred thousand years after the dinosaur extinction there was relatively low mammal species diversity across the Western Interior of North America, but the discovery of three new species in the Great Divide Basin suggests rapid diversification following the extinction,' said Atteberry. 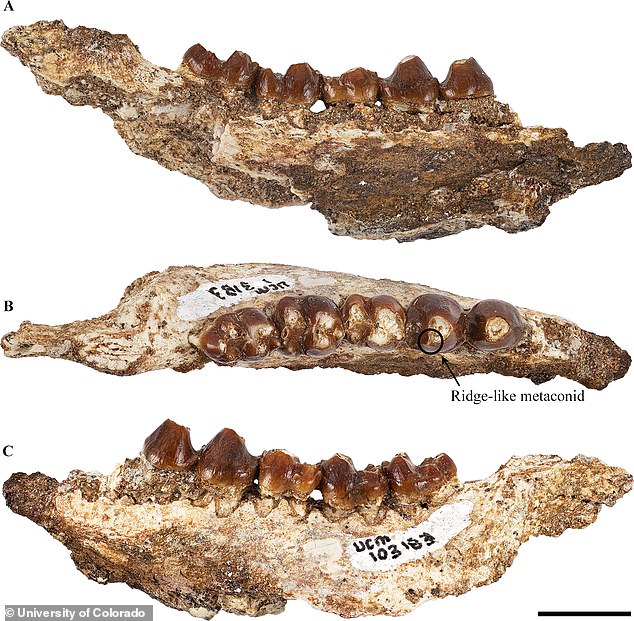 Analysis of fossils, including the teeth and jaw of Beornus honeyi (pictured), revealed that the three new creatures are primitive ancestors of hoofed mammals such as horses and cows

'these new periptychid "condylarths" make up just a small percentage of the more than 420 mammalian fossils uncovered at this site.

'we haven't yet fully captured the extent of mammalian diversity in the earliest paleocene, and predict that several more new species will be described."

The research has been published in the Journal of Systematic Palaeontology.

the findings suggest mammals diversified quicker than previously thought after the mass extinction of dinosaurs. 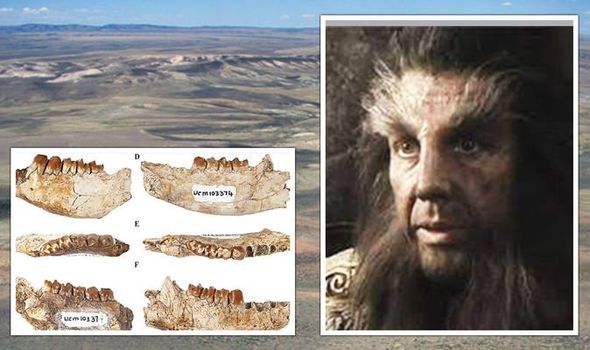 A bizarre 'hobbit' creature was uncovered (Image: UNI OF COLORADO)