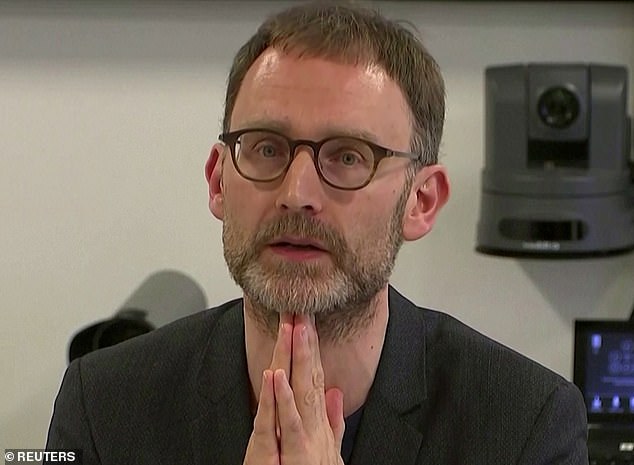 That's why the Government ’ s opponents lost no time yesterday morning in trying to exploit the dramatic new report into the Covid-19 pandemic in Britain to reinforce their preferred narrative.

If ministers did make an error it was not in closing their ears to scientists' pleas – it was in failing to interrogate them properly.

Other governments, the report claims, had 'greater licence to take decisions more quickly '.

Now the names of its most prominent members trip from the tongue like so many celebrities '.

Only the most tribal voters would not feel a degree of sympathy for ministers who had to make hugely important decisions on the back of advice and predictions that turned out to be so wide of the mark – even if the same scientists also gave a stamp of authority to Government decisions.

Had we started testing people then, we would have had six weeks to prepare for the explosion of cases that occurred in March.

As late as March 12, Sage members were still advocating a policy of herd immunity. 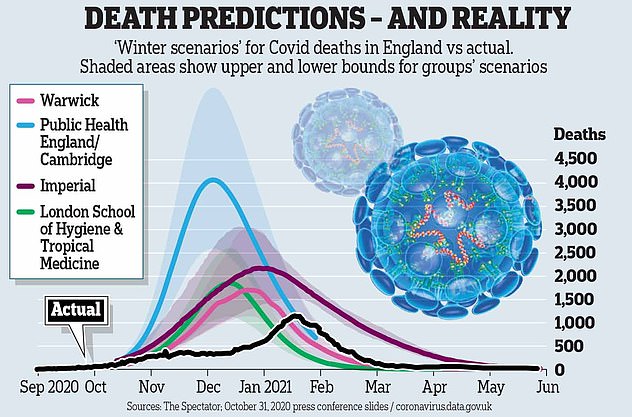 Fortunately, the Government resisted calls for school closures or another lockdown – because the number of people being admitted to hospital has fallen since then, from around 1,000 per day to 800 or so.

'Follow the science,' we were told ad nauseum at the start of the pandemic.

And a fat lot of good it did.

When Covid hit, the government's approach was to manage its spread through the population rather than try to stop it- or herd immunity by infection as the report called it. 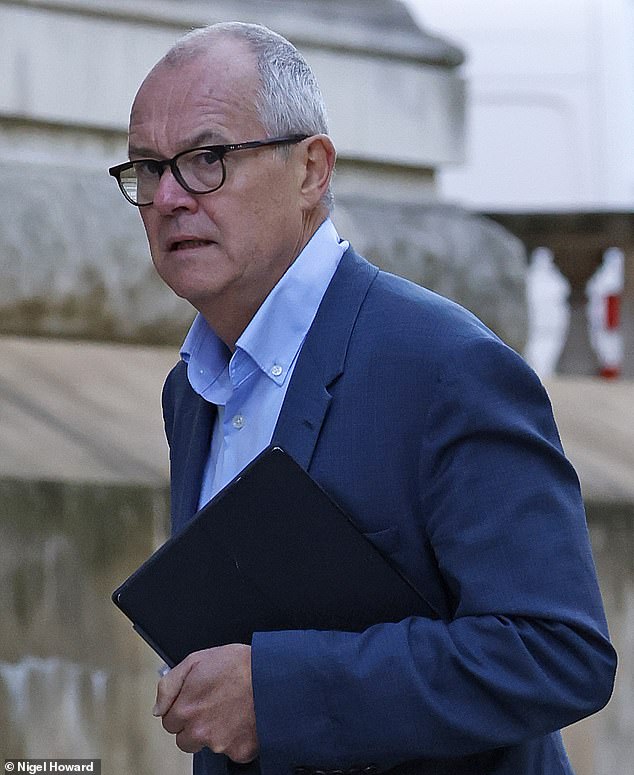 This led to a delay in introducing the first lockdown, costing thousands of lives, the MPs found.

Some early failings, the report suggested, resulted from apparent "group-think" among scientists and ministers.

Zoe Davis' sisters Katy and Emma, who were both nurses, died in April 2020.

"i knew in my own mind the lockdown was too slow, i knew the social care homes without tests. 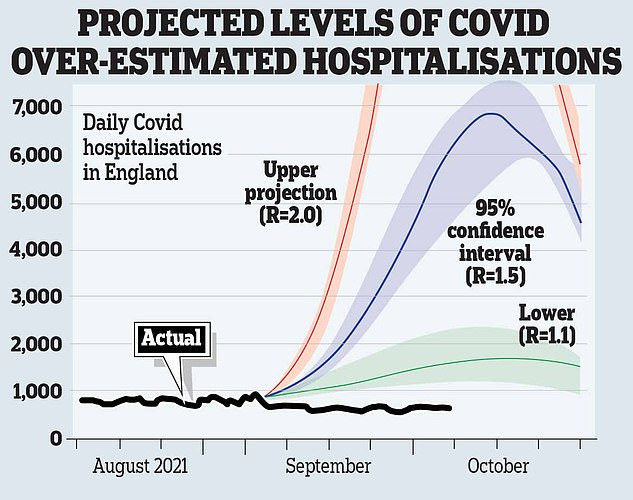 She is calling for the government to move to a public inquiry now to see if anyone is culpable.

Conservative MPs Jeremy Hunt and Greg Clark, who chair the committees, said the nature of the pandemic meant it was "impossible to get everything right".

It is vital to learn from both," they said.

He called on Prime Minister Boris Johnson to apologise to the bereaved and hold the public inquiry as soon as possible. 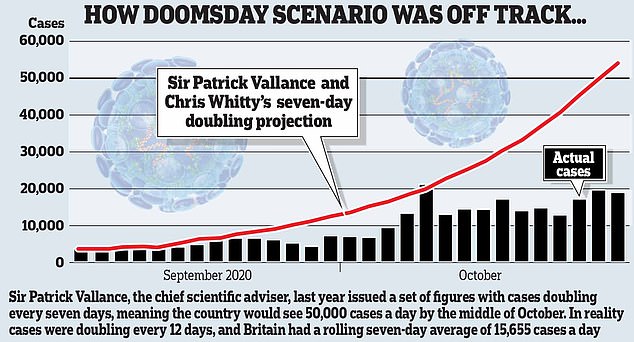 The MPs said this was based on dealing with a flu pandemic, and was done on the advice of its scientific advisers on the Scientific Advisory Group for Emergencies ( Sage ).

But the idea was not challenged enough by ministers in any part of the UK.

It wasn't always like this, though, and this morning ’ s reading – the joint report by the Health and Social Care Committee and the Science and Technology Committee about how well the UK government managed the pandemic – is not making my sore head feel any better, describing the slow approach to social distancing rules and lockdowns as "one of the most important public health failures the UK has ever experienced".

The advice from scientists changed on 16 March 2020- with a lockdown announced a week later.

"It is now clear that this was the wrong policy, and that it led to a higher initial death toll than would have resulted from a more emphatic early policy.

The MPs also highlighted how ministers in England rejected scientific advice to have a two-week "circuit-breaker" in the autumn.

They said it was impossible to know whether that would have prevented the second lockdown in November, although they pointed out it had not in Wales.

The UK was one of the first countries in the world to develop a test for Covid in January 2020, but failed to translate that into an effective test-and-trace system during the first year of the pandemic, the report said.

But it praised the target set by then Health Secretary Matt Hancock to get to 100,000 tests a day by the end of April, saying it played an important part in galvanising the system.

A key step, taken early on following a suggestion from chief scientific adviser Sir Patrick Vallance, was to set up a task force that combined the talents of scientists, the NHS and the private sector, led by the "bold leadership" of venture capitalist Kate Bingham.

The report's recommendations include comprehensive government plans for future emergencies, a bigger role for the armed forces in emergency response plans, and considering a government and NHS volunteer reserve database.

the disproportionate death rates in ethnic minority groups and among people with learning disabilities, is also highlighted.

If you feel able to do so please share your experiences by emailing haveyoursay @ bbc.co.uk.

Obviously I didn't think it was a cold.

This report speaks of a problem with the testing regime, which left us exposed.

It highlights, very much after the fact, what we were all screaming about at the time, in terms of what was happening in our care homes.

One of the cases I handled was the death of a woman in her 40s.

She had suffered from eating disorders and substance misuse issues, and for years before the pandemic hit I had been trying to get her adequate care, rehabilitation and treatment.

The ministerial response to a frankly damning report was predictable.

First it was Covid, then we took the worst economic hit out of all the G7 countries.

It's rubbish; even with my bad head I ’ m a natural optimist who loves a gag.

That said, the World Health Organization's special envoy on Covid, Dr David Nabarro, has described the process as a "dense learning moment".

The flawed thinking that led to the delay in the initial lockdown, the lack of overall preparedness, and the slow and clumsy implementation of a test, trace and isolate programme : all these are familiar themes of the government ’ s many critics.

Nor will strong words about the way that the social care sector was excluded and neglected by decision-makers startle anyone, though it is good that the report takes the opportunity to point to wider failings, including a continued lack of clarity about new funding.

Specific policies to address health inequalities must be delivered in response.

Staff shortages that were already acute before Covid are now approaching an emergency.

Why, for example, did the government decide early on ( wrongly ) that the British public "would not accept a lockdown for a significant period"?

That ministers initially refused to do this was a culpable failure.

By far the best thing now for the country, and particularly the bereaved, would be to get on with it.