Iraq has arrested a top leader and financier in the Islamic State group, the country's prime minister has said, describing the operation as "one of the most difficult" cross-border intelligence operations ever conducted by Iraqi forces.

He added that Mr Jasim, also known as Hajji Hamid, was a deputy leader of IS under the late Abu Bakr al-Baghdadi.

Jasim has a $ 5m ( £3.7m ) bounty on his head from the US State Department's Rewards for Justice programme, which describes him as having been "instrumental in managing finances for IS terrorist operations".

"While serving as IS deputy in southern Mosul in 2014, Jasim reportedly served as the equivalent of IS's finance minister, supervising the group ’ s revenue-generating operations from illicit sales of oil, gas, antiquities and minerals," the US state department said when Washington put a price on his head.

Iraqi intelligence officials told The Associated Press that Jasim was detained in an identified foreign country and transported to Iraq few days ago.

Iraqi officials are hailing the capture of Sami Jasim as a significant blow to IS. 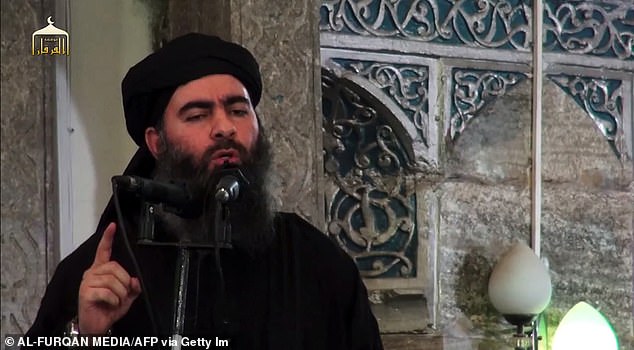 IS leader Abu Bakr al-Baghdadi, who was killed in a raid by US special forces in northwestern Syria in October 2019, under former U.S. President Donald Trump. It is thought that Jaburi was Baghdadi's deputy

Jasim worked with al-Qaida's Iraq leader Abu Musab al-Zarqawi, a Jordanian militant who was killed in a US airstrike in Iraq in 2006.

He assumed various security positions in Iraq, and moved to Syria in 2015, after the Islamic State group, an al-Qaida offshoot, declared its caliphate in 2014 and became the deputy of Abu Bakr al-Baghdadi, the extremist group's leader.

Al-Baghdadi was killed in a US-led raid in northwestern Syria in 2019, under former US president Donald Trump.

Iraq says it has captured the jihadist group Islamic State's financial chief in an operation outside its borders. 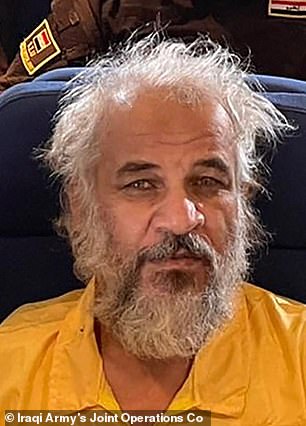 They say, cryptically, that he was captured in a foreign intelligence operation without immediately revealing where.

The high-level IS operative is believed to have been not only in charge of the group's finances but also of its cross-border operations in Syria and Iraq where it continues to attack police and military bases. 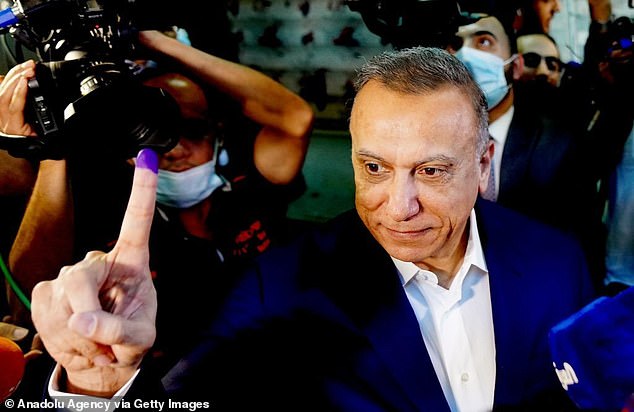 Prime Minister Mustafa al-Kadhemi announced the capture of Jaburi on Monday, the day after elections were held in Iraq. Kadhimi foreshadowed the announcement of Jaburi's capture after he stepped out of a polling booth where he cast his vote. Pictured: Kad

Although Mr Kadhimi did not reveal where Mr Jasim had been captured, a senior Iraqi military source told AFP news agency it had happened in Turkey.

Meanwhile, Iraqis voted on Sunday in parliamentary elections held months ahead of schedule as a concession to a youth-led popular uprising against corruption and mismanagement.

The election was the sixth held since the fall of Saddam Hussein after the U.S.-led invasion of Iraq in 2003. 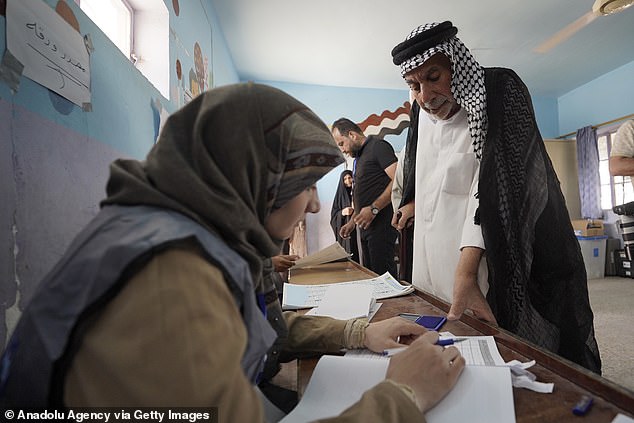 Iraqis arrive to cast their vote at a polling station during the Iraqi early general elections in Najaf, Iraq on October 10, 2021