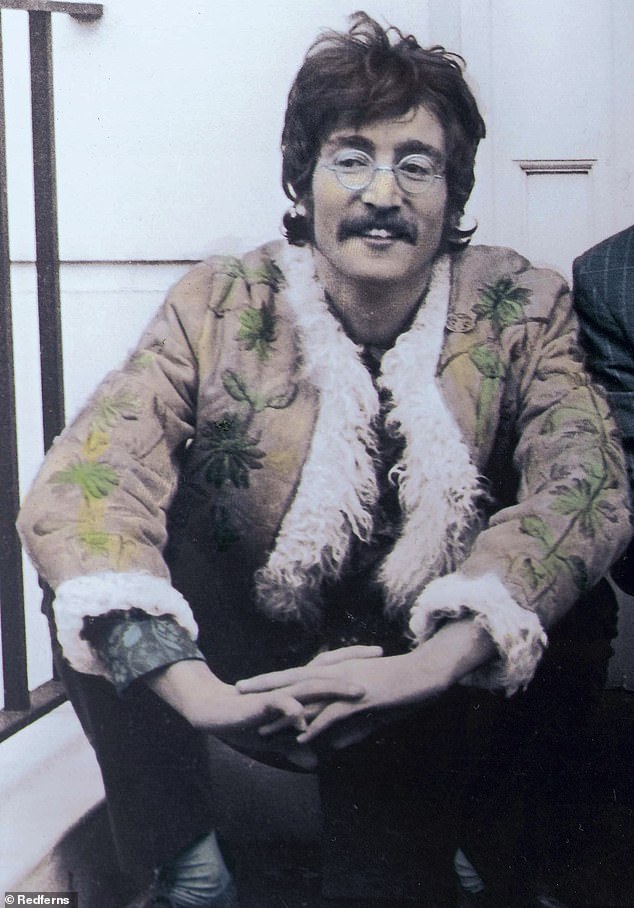 Items being auctioned include a black cape worn by his father in the film Help!

as well as handwritten notes for the band's 1968 classic Hey Jude, which was inspired by Julian and written by Sir Paul McCartney.

NFTs are now being tipped to become the digital answer to collectables, and some of them are already being sold for millions of dollars.

The sale also includes NFTs of the Afghan coat worn by John Lennon in the made-for-television film the Magical Mystery Tour and three Gibson guitars given to Julian Lennon by his father.

Each item will be sold as an audio-visual collectible, included narration by Julian himself. 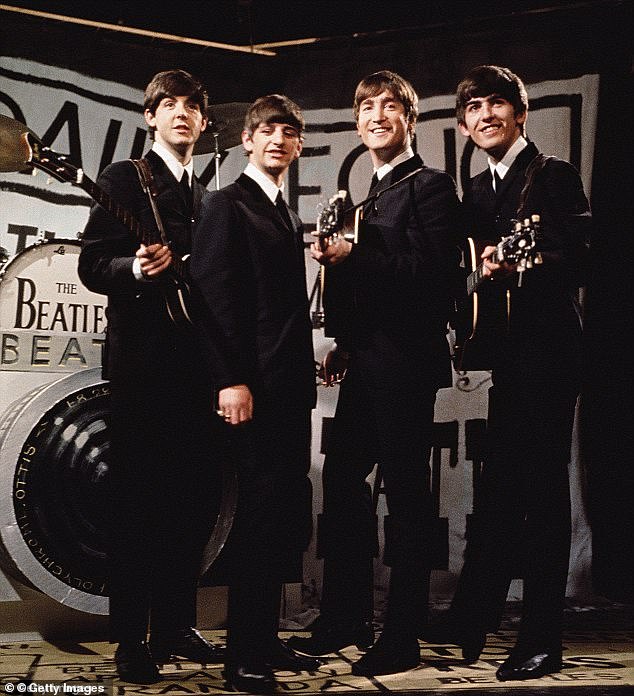 Incredible: The eldest son of the late John Lennon, 58, plans to flog several pieces from his personal collection, but they will be sold as the one-of-a-kind digital assets (L-R: Paul McCartney, Ringo Starr, George Harrison and John pictured at an unknown

Part of the proceeds from the NFT sale will go to Julian Lennon's White Feather Foundation.

The online auction will be held on 7 February.

Julian Lennon will be selling The Beatles memorabilia as NFTs ( non-fungible tokens ), which are a form of cryptographic data, which will allow him to keep the originals.

Opening up on the item, the notes read : 'The item is brought to life in an even more personal way through Julian Lennon's exclusive audio narration, which is minted as part of this NFT. 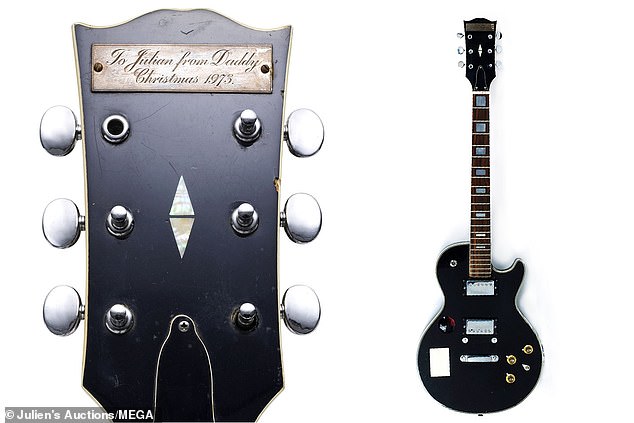 Exciting: 'The winner of this item will share in that exclusivity of Lennon history as the sole owner of the NFT'

' A NFT is a unique and non-interchangeable unit of data stored on the blockchain.

'The winner of this item will share in that exclusivity of Lennon history as the sole owner of the NFT. '

The digital items are going under the hammer in partnership with Julien's auction house and Yellow Heart NFT.

The piece entitled Everydays- The First 5000 Days comprises all of the works that an American digital artist known as Beeple has made over the course of 13 years. 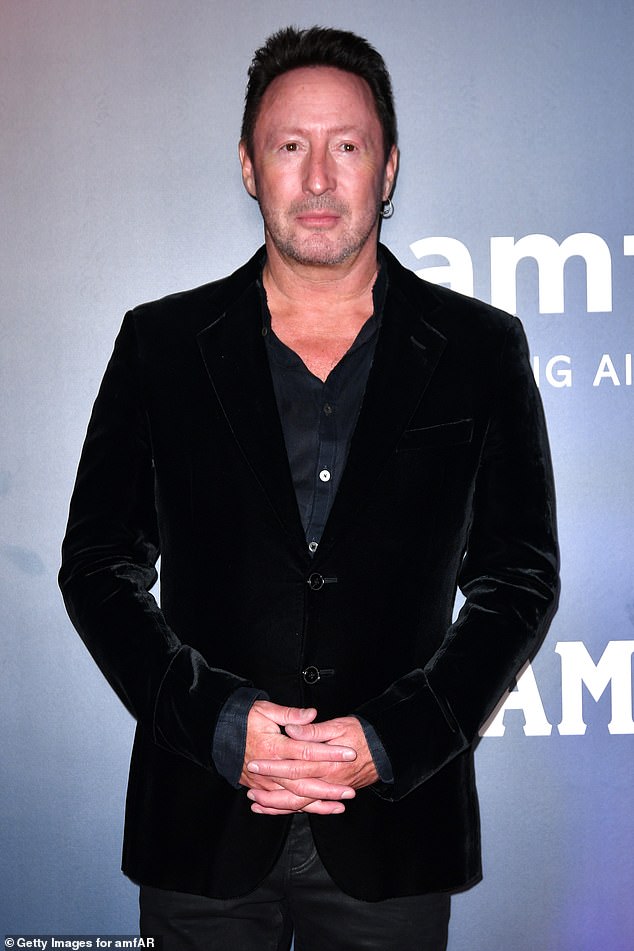 Mind-boggling: Julian Lennon will be selling The Beatles memorabilia as NFTs (non-fungible tokens), which are a form of cryptographic data, which will allow him to keep the originals (pictured in September 2021)

Noah said that one of the main benefits of NFTs is that they allow artists and buyers to verify authenticity because of their unique codes.

However he acknowledged that some aspects of the technology have not been entirely explored, including the potential for artists to get a portion of sales when an original owner passes a NFT on to someone else.

Julian Lennon was five when, in 1968, his father left his mother, Cynthia, for Yoko Ono. 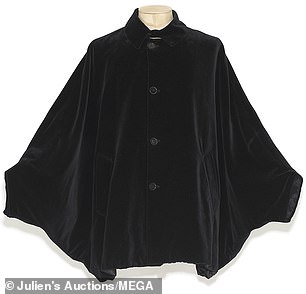 Iconic: Items up for auction on February 7 as part of the collection include a black cape (left) worn by John in Help! The sale also features NFTs of an Afghan coat (right) the Imagine hitmaker wore in the Magical Mystery Tour film

Julian Lennon hoped the sale would be "a unique way to continue Dad's legacy."

A treasure trove of Beatles memorabilia, including handwritten song notes by Paul McCartney and clothes worn by John Lennon, is set to feature in a new auction- although the physical items won't exchange hands.

an nft is a unique digital identifier that records ownership of a digital asset, and any digital creation- including a picture, a video, a piece of music or even a tweet- can become one. 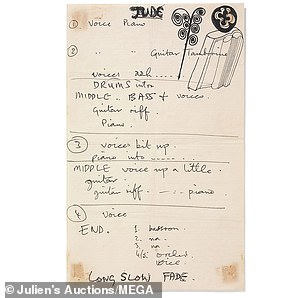 Wow! Handwritten notes for the band's 1968 classic Hey Jude, were inspired by Julian and written by Sir Paul

He will keep the original items, according to the US music publication.

Will the UK go to war with Russia if Putin invades Ukraine? Why sanctions are more likely than military action