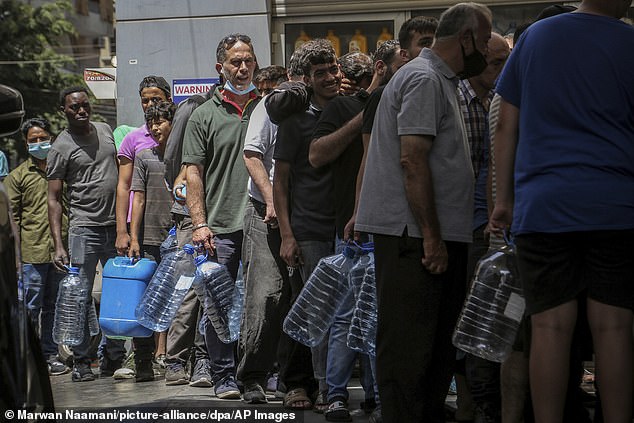 The national grid shut down entirely after the country's two main power stations ran out of fuel, according to reports.

The al Zahrani and the Deir Ammar power stations stopped working after supplies of diesel were apparently exhausted, and energy production dropped to below 200 megawatts ( which is only enough to power approximately 5,000 homes ).

'The Lebanese power network completely stopped working at noon today, and it is unlikely that it will work until next Monday, or for several days,' a government official confirmed today.

the official said the state electricity company will try to use the army's fuel oil reserve to operate the power plants temporarily, but that would not happen anytime soon.

there were power outages throughout september due to the fuel shortage that has forced many businesses to close and left people relying on the black market.

people have queued for miles to fill up their vehicles, often resulting in chaotic scenes filled with violence.

The UN estimates that 78 % of the population is living in poverty. 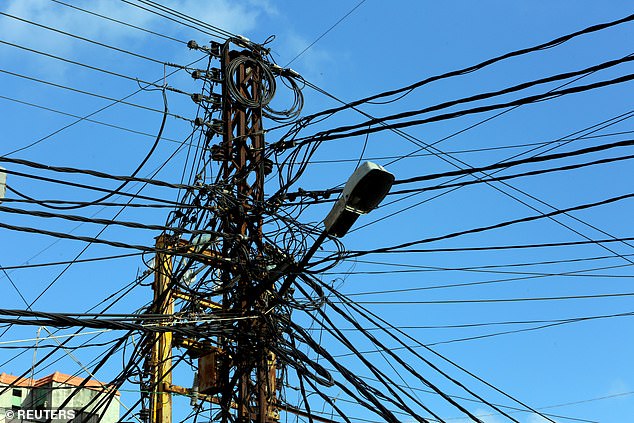 Lebanon has no centrally-generated electricity after the country's biggest two power stations shut down due to a fuel shortage. [File pic]

In August, at least 20 people were killed and 79 others injured after a fuel tank exploded at a warehouse in northern Lebanon, where fuel had been illegally stored.

The country remains in political turmoil following the appointment of a temporary government following last August's catastrophic Beirut explosion that killed more than 150 people and injured 6,000, while destroying large parts of the city.

it happened after 2,750 tonnes of ammonium nitrate caught fire after being stored unsafely at a port warehouse. 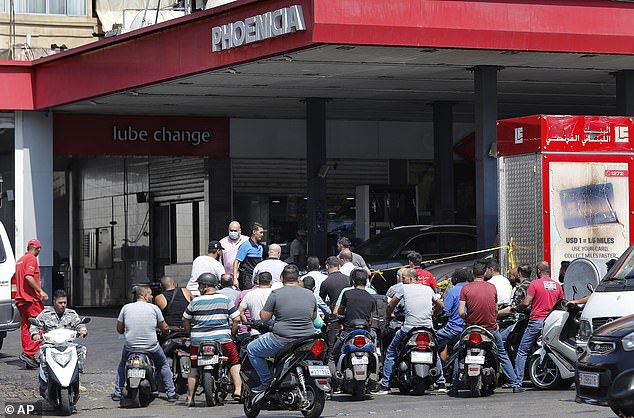 The shortage has caused long lines for basic goods spilling out on to the streets in what have been branded 'queues of humiliation' by locals.

Many Lebanese normally rely on private generators run on diesel, although that is also in short supply.

Blackouts have been a fixture in Lebanon since the end of its 15-year civil war in 1990, and the small country relies on imported fuel.

Lebanon has been left without electricity, plunging the country into darkness amid a severe economic crisis. 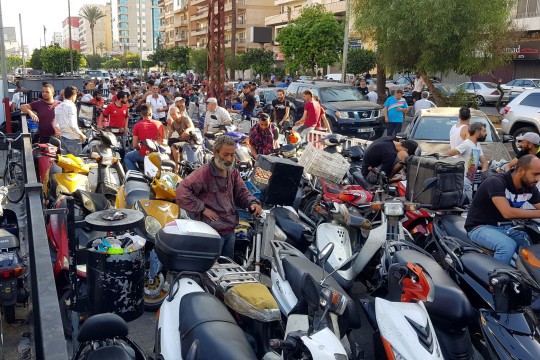 Lebanese people queue outside of a gas station to fill their vehicles amidst a deepening economic crisis sparking various shortages of basic staples in the country (Picture: Getty)