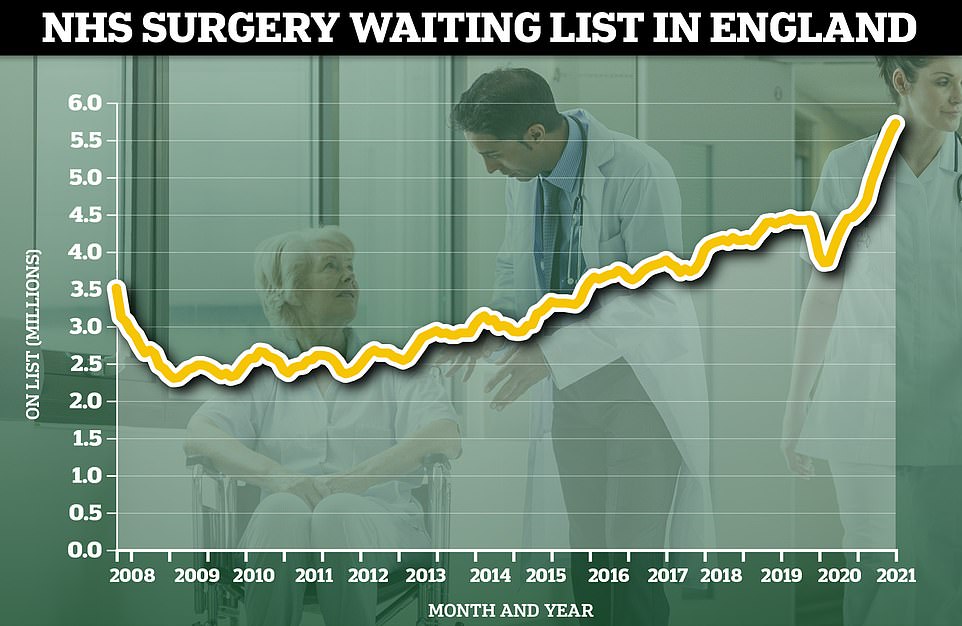 A record number of people are waiting to start routine hospital treatment in England, with nearly 10,000 procedures delayed for more than two years.

New NHS figures show that a total of 5.7 million people were waiting to start treatment at the end of August 2021.

This is up from 7,980 at the end of July, and is more than three times the 2,722 people who were waiting longer than two years in April.

Among them are people awaiting hip and knee replacements and cataract surgery.

NHS England has told hospitals to eliminate all waits of more than two years by March 2022. 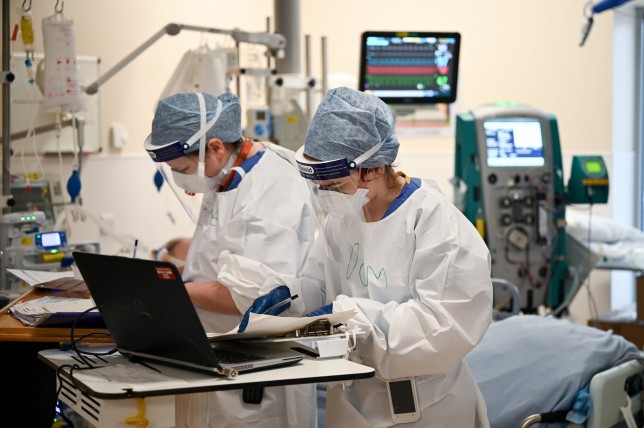 A total of 5.7 million people were waiting to start treatment at the end of August 2021 (Picture: Getty)

Tracey Loftis, head of policy and public affairs at Versus Arthritis said : 'People with arthritis' lives are being destroyed as they languish on waiting lists.

those who desperately wait to receive treatment are paying the price both physically and financially, with many being left in agonising pain, unable to work or leave their homes.

"we need to see the government tackle the surgery backlog and that means protected funding to bring down the numbers waiting for joint replacements.

"But people still won't get treatment overnight, so we must also see a commitment to provide urgent support for the hundreds of thousands of people with arthritis awaiting surgery." 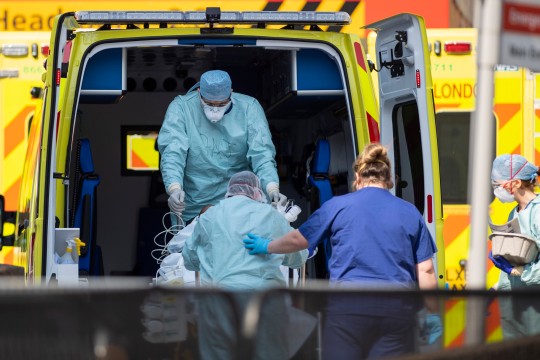 It was the busiest September on record for NHS staff (Picture: Getty Images Europe)

A record 5,025 people had to wait more than 12 hours to actually be admitted to an A & E in England last month.

A & E attendances at hospitals in England last month were 26 per cent higher than a year ago, NHS England said — although again this is a reflection of lower-than-usual numbers for September 2020, which were affected by the pandemic.

The equivalent figure for September 2019, a non-pandemic year, was also 2.1 million. 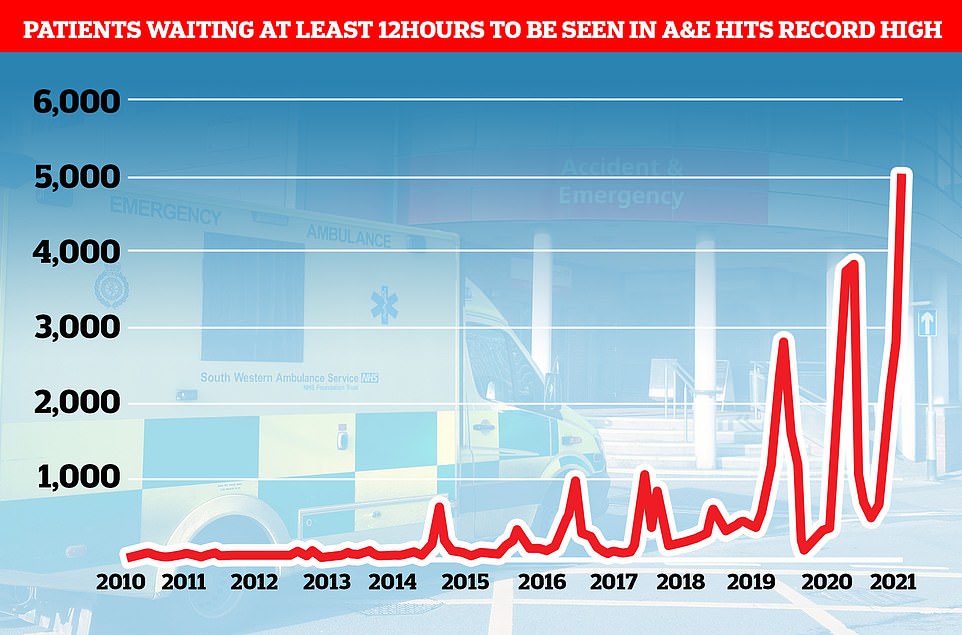 More than 5,000 people waited more than 12 hours in A&E before being seen by a doctor in September, a record high

NHS England figures show 210,931 urgent cancer referrals were made by GPs in England in August, up 24 per cent from the 170,036 reported in August last year.

'but despite the busiest september on record, nhs staff have moved heaven and earth to make the best possible use of additional investment delivering millions more tests, checks, treatments and operations.

'That is why it is really important people do not delay seeking help from the NHS if they feel unwell.

Meanwhile, accident and emergency departments treated more than 1.39 million patients in September – the highest number recorded for the month, according to figures from NHS England. 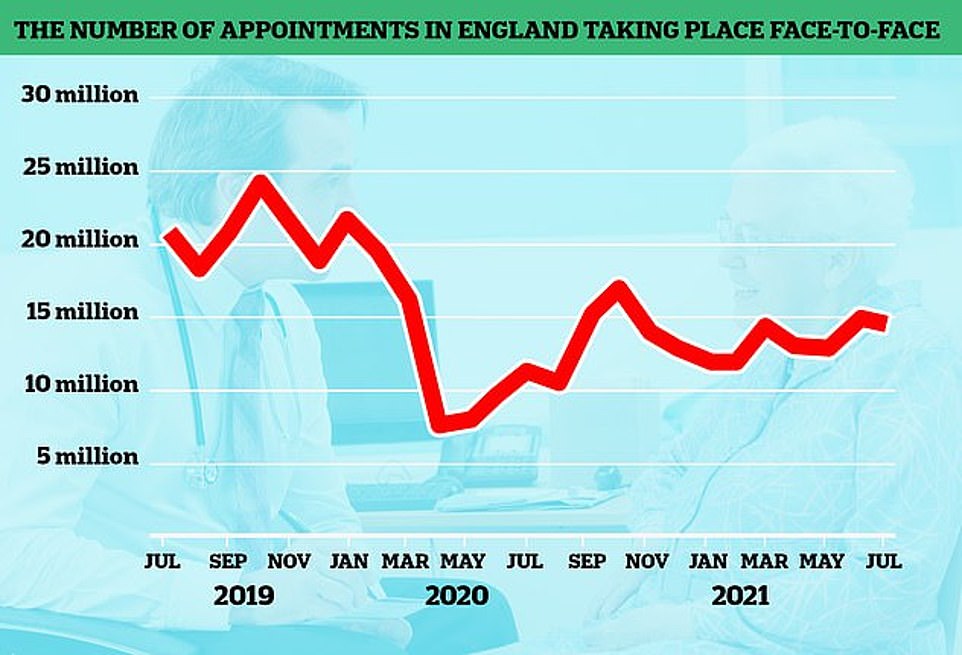 The number of GP appointments taking place face-to-face tumbled at the start of the pandemic when surgeries were told to see patients remotely where possible. But despite vaccination rates it is yet to climb back to pre-pandemic levels. The above graph sh

Despite a target to see 95 per cent of people within four hours, a quarter of patients are waiting longer than that.

That is the worst performance since 2004, when the four-hour target was brought in.

Professor Stephen Powis, NHS national medical director, said : 'There is no doubt the NHS is running hot, with the highest ever number of patients seen in A & E in September, 14 times as many Covid patients in hospital compared to the same month last year and a record 999 ambulance calls.

This is the highest number since records began in August 2007.

Covid has added to existing pressures on the NHS (Picture: Getty Images Europe)

Dr Tim Cooksley, president of the Society for Acute Medicine, said : 'This data presents a worrying picture as we are moving further away from an NHS that can provide the best possible care to all who need it promptly and closer to one which can only focus on those most critically unwell.

"there is no doubt this raises safety concerns and, sadly, many people will be waiting longer for their care and it will not be delivered to the standards they should expect as services struggle to contend with workload.

Almost 370,000 patients in England had been waiting more than six weeks for a key diagnostic test in August.

A total of 369,086 patients were waiting for one of 15 standard tests, including an MRI scan, non-obstetric ultrasound or gastroscopy. 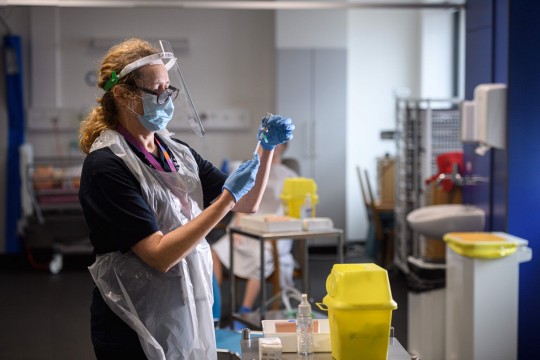 NHS staff are said to have moved ‘heaven and earth’ to make sure people get the treatment they need (Picture: Getty)

Siva Anandaciva, the chief analyst at the King's Fund thinktank, said the figures showed the NHS was "fighting battles on multiple fronts".

the royal college of surgeons of england called for an increase in the number of hospital beds and staff to tackle the backlog.

Its vice-president Fiona Myint said : "The reality is that we require more staff and hospital beds to bring down the elective waiting list."

Saffron Cordery, the deputy chief executive of NHS Providers, said : "Trust leaders are fighting fires on multiple fronts as they try to recover care backlogs, deal with increased demand for emergency care, treat patients with Covid-19 and prepare for what is likely to be the most challenging winter yet for the NHS.

He added : 'Waiting lists for planned hospital care continue to climb towards levels not seen since the waiting times crisis in the 1990s.

'With the full impact of winter still to come we are already seeing record lows in A & E performance.

'after years of under-investment, the cost of tackling the backlog of maintenance issues with nhs buildings and equipment now stands at over £9.2billion, a substantial proportion of which need urgent action to avoid harm to staff and patients.

'The Government has announced significant, additional funding to support NHS services, but hasn't yet delivered on promises to increase capital investment in buildings and equipment, or provided the funding required to train and develop the staff needed to address chronic workforce shortages.

'The Spending Review later this month is the opportunity to put that right, or risk undermining efforts to reduce the waiting list backlog, modernise services and deliver the government's manifesto commitments. ’ The NHS said it has experienced its busiest September on record, contributing to the record A & E waiting times.

'Anyone needing help should come forward through 111 online so that staff can help you with the best option for your care, and it remains as important as ever to get your lifesaving Covid jab, and with winter approaching, to get your flu jab too. '