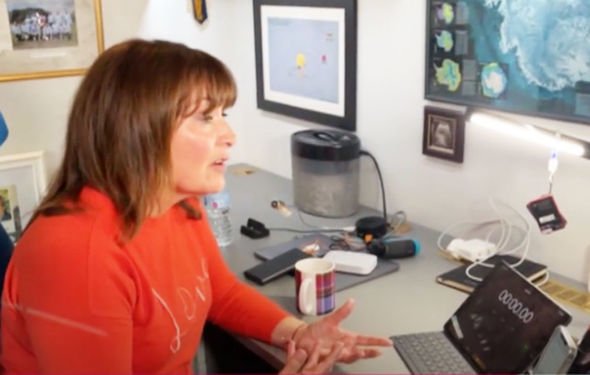 "The sad thing is that I'm not surprised at the ableist abuse I ’ ve received tonight regarding my appearance on Question Time," she said.

"It's indicative of the country we live in right now.

"I will keep on speaking up, in my wonderful voice, for what I believe in."

Speaking to Fiona Bruce, Rosie said : "Talking about women's safety in general, right now there ’ s a government enquiry and a Met enquiry and they really feel like they ’ re both PR stunts.

When asked why, she continued : "Because they needed to do this before and I feel like when we 've got a government where Dominic Raab doesn ’ t know what misogyny is… and my final thing is, I ’ m a woman, but also as a disabled woman I don ’ t feel safe at night.

"i 'll remember last night's bbcqt for a long time and not least for your wonderfully coherent and articulate contribution.

It almost felt like there was a shift in the mood of the country with you, Lisa and most of the rest of the panel voicing it." 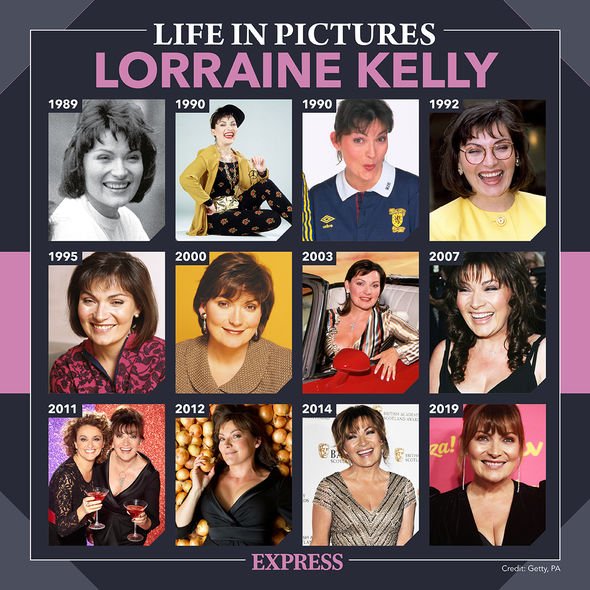 "rosie you were great tonight and the studio guests agreed and applauded you, you looked good, got your point of view across which is what most of us think.

"you are an absolute star, thank you for holding government to account, bravo."

Lorraine Kelly offered her support to Rosie Jones, who has cerebral palsy, after the comic called out the vile abuse she received on social media.

Rosie Jones was a part of the panel on BBC's Question Time (Image: BBC)

Speaking on the BBC programme, Rosie addressed Boris Johnson's party conference speech, when she said the Prime Minister spoke a lot but "I didn't hear anything".

She has since taken to Twitter to share how she has received a torrent of abuse on social media.

Other viewers were also quick to defend the Question Time panel member.

Bridlington-born comedian Rosie Jones has responded to negative comments directed at her after appearing on BBC One's Question Time on Thursday evening. 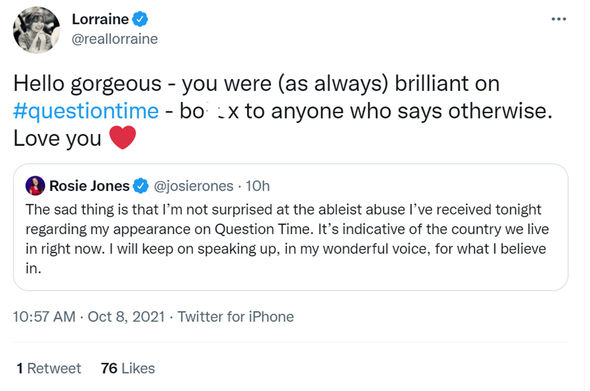 internet trolls said that rosie sounded like she was drunk, as well as other people suggesting that the programme needed subtitles for viewers to understand her.

The topics discussed on Thursday night's show included the timing of the Sarah Everard inquiry, whether Prince Andrew should go to the States and face his accuser in court, and what has gone wrong with our country's domestic food production.

In response to the abuse, after the show Rosie took to Twitter to speak to her 131,000 followers.

If you can't understand her, that feels like a you problem. 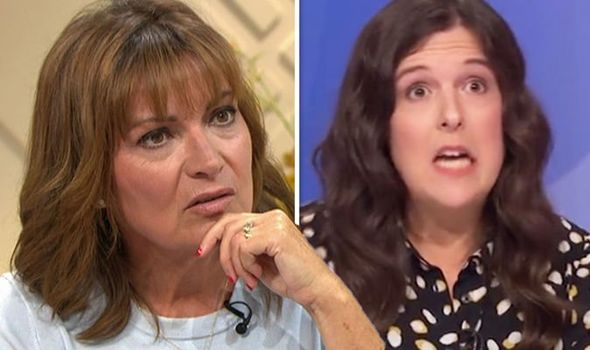 You have so much to give and to say and I would always choose to listen to your truth over their venom any day !"