The Law Commission for England and Wales and the Scottish Law Commission propose creation of an Automated Vehicles Act to reflect the "profound legal consequences" of self-driving cars.

However, whoever is in the driver's seat should still be responsible for things like insurance and children wearing seatbelts, the commissions said.

Transport Minister Trudy Harrison said : "The development of self-driving vehicles in the UK has the potential to revolutionise travel, making everyday journeys safer, easier and greener.

"This government has been encouraging development and deployment of these technologies to understand their benefits.

However, we must ensure we have the right regulations in place, based upon safety and accountability, in order to build public confidence.

It is unclear when self-driving cars will be allowed on the road (Image: Getty)

"In the next 12 months, we 're likely to see the first iterations of self-driving features on cars in the UK.

In April 2021 the Department for Transport announced hands-free driving in vehicles with lane-keeping technology would be allowed on congested motorways at speeds of up to 37mph.

"it's significant that the law commission report highlights the driver's legal obligations and how they must understand that their vehicle is not yet fully self-driving." 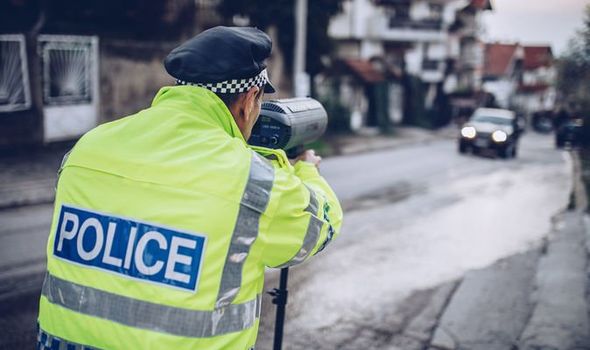 Drivers will be given 'immunity' for some road penalties (Image: Getty)

Human drivers should not be legally accountable for road safety in the era of autonomous cars, a report says.

If anything goes wrong, the company behind the driving system would be responsible, rather than the driver.

And a new regime should define whether a vehicle qualifies as self-driving.

however, they warned there needed to be a "clear distinction" between self-driving features.

The Scottish and Welsh governments will also decide whether to introduce legislation.

Drivers using ALKS will not need to monitor the road or keep their hands on the wheel but must stay alert and be able to take over within 10 seconds when requested by the system.

Users of self-driving cars should have immunity from a wide range of motoring offences, including dangerous driving, speeding and jumping red lights, Britain's law commissions have jointly recommended.

Instead, the company or body that obtained the authorisation for the driverless vehicle would face sanctions if something went wrong.

The US Department of Vehicles is reviewing Tesla ’ s use of the term "full self-driving".