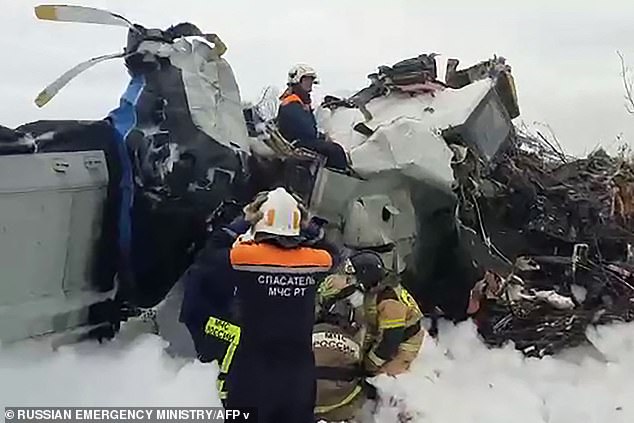 A plane carrying a group of parachutists immediately crashed after takeoff in central Russia early on Sunday, killing 16 people on board and injuring another six, the Emergencies Ministry said.

the l-410, a czech-made twin-engine turboprop carrying 20 parachutists and two crew members, crashed immediately after take-off near the city of menzelinsk in the region of tatarstan about 600 miles east of moscow.

photographs of some of the parachutists on board posing in kit or with a plane were circulated on the ren tv channel and on social media.

the state-run cosmonaut training centre has suspended its ties with the aeroclub pending an investigation, according to a source as saying.

The Investigative Committee, which probes serious crimes, said it had opened a criminal investigation into a suspected violation of safety regulations.

Tatarstan Governor Rustam Minnikhanov said the pilots reported that their left engine had failed and attempted an emergency landing. 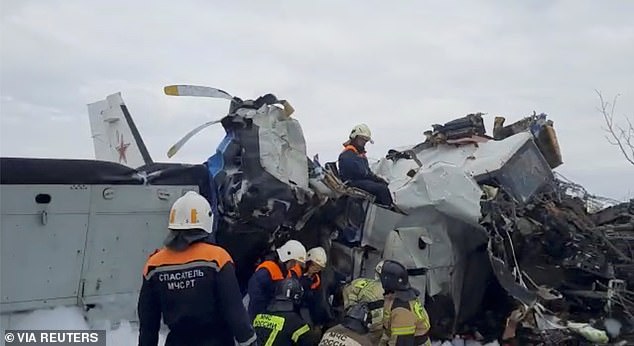 Emergency specialists work at the crash site of the L-410 plane near the town of Menzelinsk in the Republic of Tatarstan, Russia

but the aircraft's wing hit a gazelle vehicle as the plane overturned.

"Overall, seven people have been rescued."

All 28 people on board an Antonov An-26 twin-engine turboprop died in a crash in Kamchatka in July. 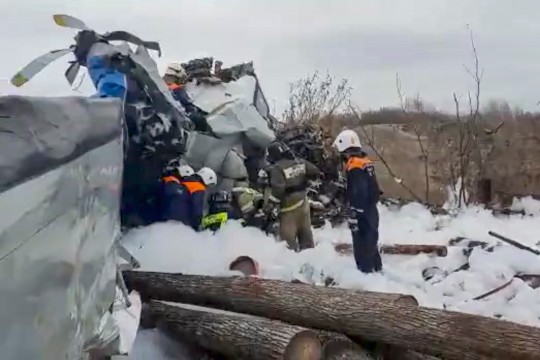 Six people were pulled alive from the wreckage and are in a serious condition (Picture: EPA)

The plane, which had been in operation for 34 years, was used for training paratroopers at the Menzelinsky flying club.

The plane was a Let L-410 Turbolet, which is a twin-engine short-range transport aircraft.