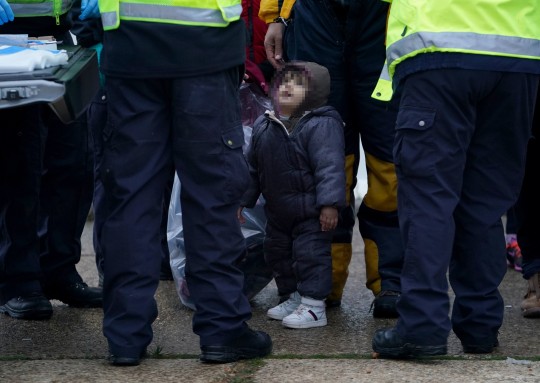 Hundreds of migrants, including several very young children, have continued to cross the English Channel before conditions worsen over winter.

Mild conditions over the weekend has encouraged many more to attempt the perilous crossing despite the deaths seen in recent weeks.

high-ranking officials believe at least 10 people have died in the last few weeks while trying to make the dangerous journey.

Labour has accused Priti Patel of "comprehensively failing" to curb the growing numbers of people crossing the Channel in small boats after a record number of people arrived on British shores in small boats last week.

He told the Andrew Marr Show that it was a 'dangerous failure ', adding : ‘ And it appears the Prime Minister agrees because he seems to be putting the minister for the Cabinet Office in charge of a review of this. ’ But health secretary Sajid Javid has hit back, claiming the coronavirus pandemic has made it more difficult to return failed asylum seekers back to their home countries.

'But also I would say that the pandemic has made returning people across the world, across asylum systems, much harder, and we do have to take that into account as well. ' 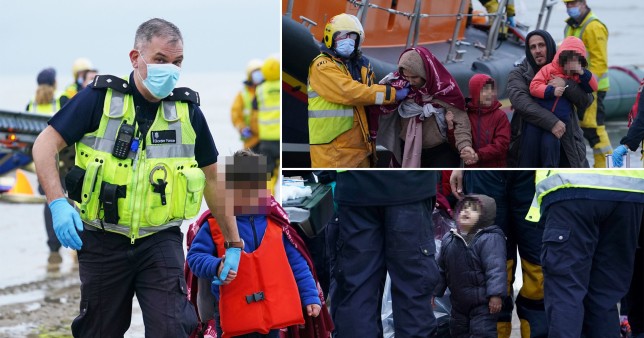 Migrants who attempted to cross the Channel in a dinghy were brought ashore at Dungeness in Kent on Saturday (Picture: PA)

People should claim asylum in the first safe country they reach – rather than making dangerous journeys to the UK."

The government has announced that a review will look at how to stop migrants crossing the English Channel and entering the UK amid concern that current measures are not working.

Mr Thomas-Symonds told Sky News that a Labour government would reintroduce deals with other countries to relocate migrants back to the first safe country they arrived in. 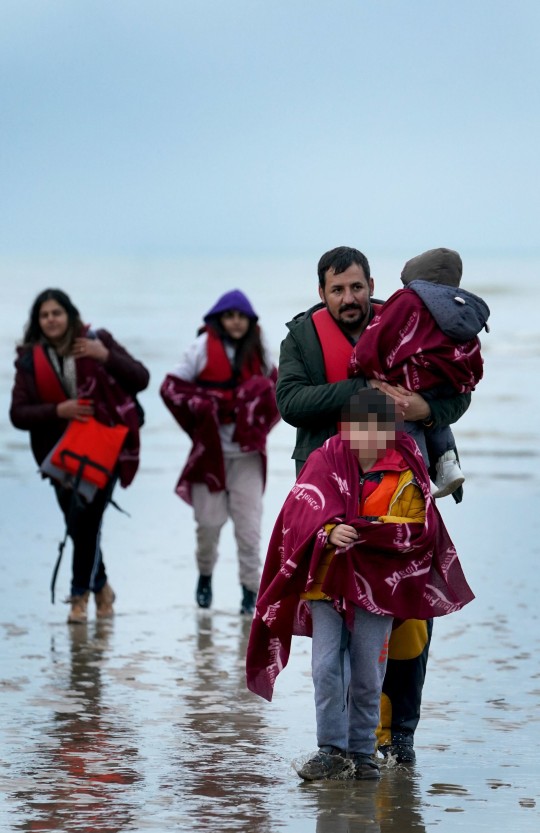 Nearly 25,000 migrants have arrived in the UK already this year (Picture: PA)

One option being considered would involve opening processing centres in third countries where migrants would be taken while their asylum claims are looked at.

The Times newspaper reported on Thursday that the UK was in talks with Albania over locating facilities in the country.

The European country is the latest destination the government has considered using as a base for an asylum processing centre.

St Helena, in the South Atlantic, is also said to have previously been considered by the government.

Young children were among those helped by lifeboats (Picture: PA)

A Home Office spokesperson said : "Migrants making these dangerous crossings are putting their lives at risk and it is vital we do everything we can to prevent them and break the business model of the criminal gangs exploiting people.

It follows reports that Boris Johnson is "exasperated" by his government's failure to stem the arrivals amid concern there is no viable policy on the table to reduce the numbers coming across in small boats.

By Friday, 24,700 people had crossed in small boats already this year, nearly triple the 8,404 who arrived last year.

More than 1,000 have crossed in a single day twice in the past fortnight. 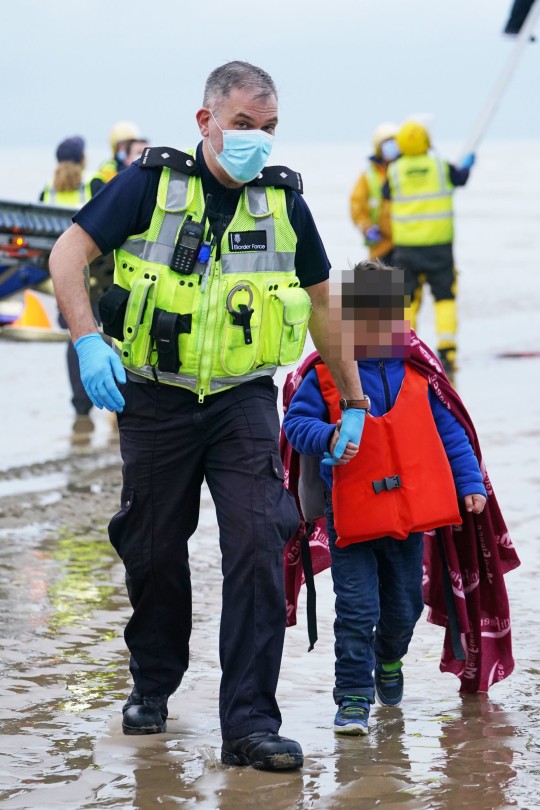 "The home secretary is I think doing everything she can and she hasn ’ t taken anything off the table.

Downing Street's concerns over the Channel crossings spilled into the public domain last week when Johnson announced that Steve Barclay, the chancellor of the duchy of Lancaster, had been asked to review policy options and oversee cross-departmental collaboration on the issue.

Barclay is expected to chair his first cross-departmental meeting on the issue this week.