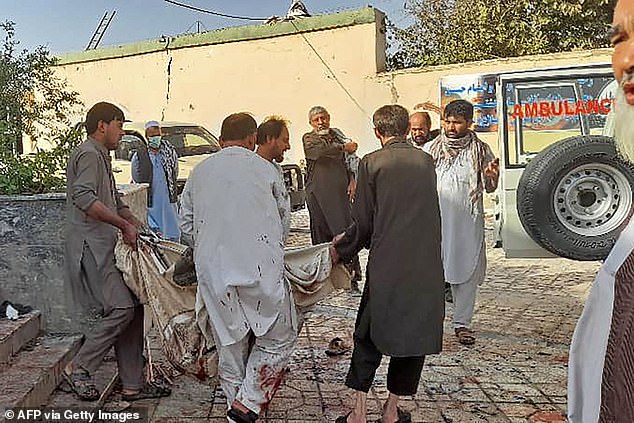 bitter rivals of the taliban, has repeatedly targeted shiites in a bid to stir up sectarian violence in sunni-majority afghanistan.

Friday's attack is the deadliest in the country since US and Nato troops left Afghanistan and the Taliban took control of the country at the end of August.

A medical source at the Kunduz Provincial Hospital said that 35 dead and more than 50 wounded had been taken there, while a worker at a Doctors Without Borders ( MSF ) hospital reported 15 dead and scores more wounded.

"This afternoon, an explosion took place in a mosque of our Shiite compatriots ... as a result of which a number of our compatriots were martyred and wounded," Taliban spokesman Zabihullah Mujahid said on Twitter.

the explosion went off during the weekly friday prayer service at the gozar-e-sayed abad mosque.

A large number of Muslim worshippers gather in mosques each week to perform Friday prayers, the most important Islamic ritual of the week.

Photos and video from the scene showed rescuers carrying a body wrapped in a blanket from the mosque to an ambulance. 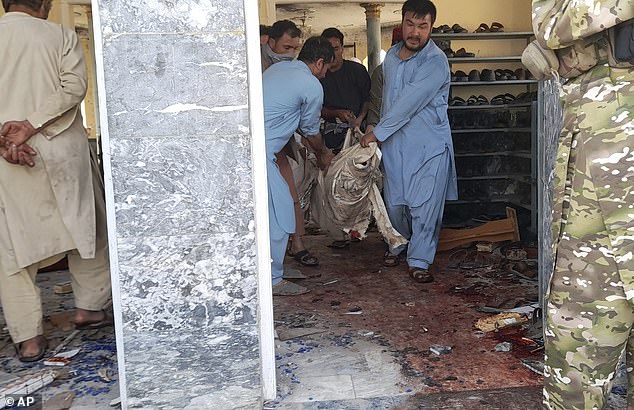 People carry a victim of a bomb blast in Kunduz, northern Afghanistan, out of the mosque

Graphic but unverified images posted on social media showed horrific scenes inside the Gozar-e-Sayed Abad mosque, with bloodied bodies and body parts flung across the inside of the building by the explosion.

pictures showed plumes of smoke rising from the mosque.

another neighbour who was 24 was killed as well. ” another video showed men shepherding people, including women and children, away from the scene. 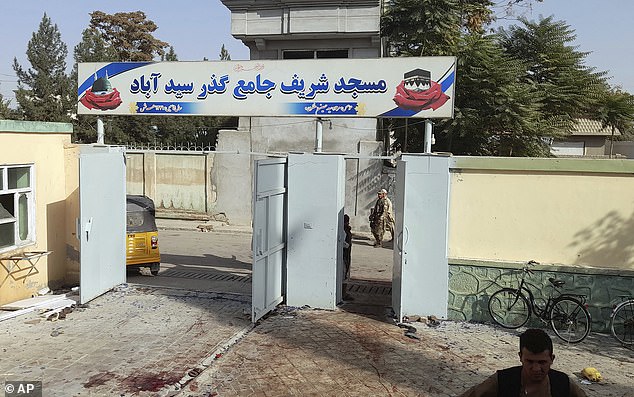 Aminullah, an eyewitness whose brother was at the mosque, added : "After I heard the explosion, I called my brother but he did not pick up.

"i walked towards the mosque and found my brother wounded and faint.

we immediately took him to the msf hospital."

One female teacher in Kunduz described how the blast happened near her house, and several of her neighbours were killed. 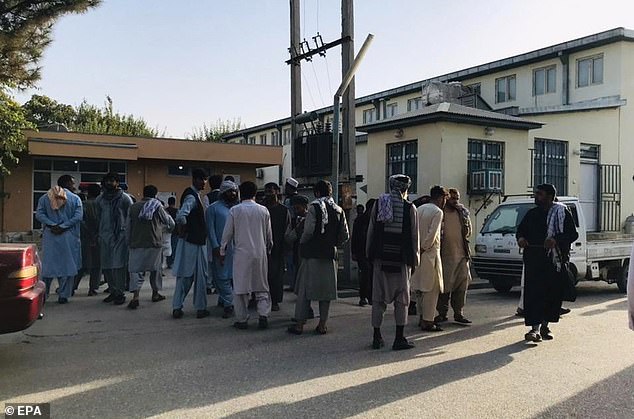 People gather near the scene of a bomb blast that targeted a Shi'ite Muslims mosque in Kunduz during Friday prayers, the most important of the week

'It was a very terrifying incident,' she said.

'many of our neighbours have been killed and wounded.

A 16-year-old neighbour was killed.

They couldn't find half of his body.

is has also targeted afghanistan's religious minorities in attacks.

the taliban's chief spokesperson, zabihullah mujahid, said a "large number" of worshippers were killed or wounded, and taliban special forces had arrived at the scene and were investigating the incident.

The attack was the most deadly in the country since a suicide bombing – also claimed by ISKP – at Kabul airport during the US-led withdrawal, which killed 13 US servicemen and 169 Afghans.

At least 100 worshippers have been killed or injured in a suicide bombing that targeted a packed Shia mosque in Afghanistan during Friday prayers. 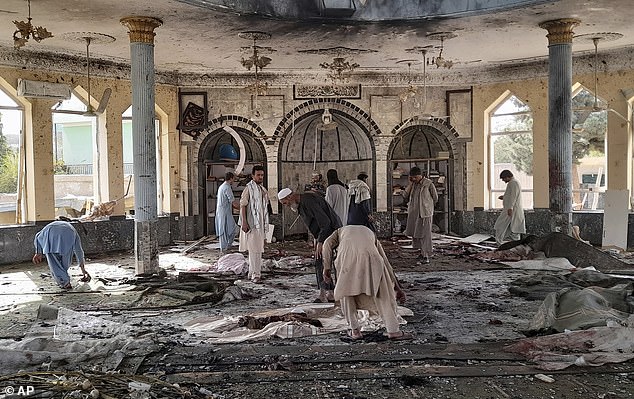 The explosion went off during the weekly Friday prayer service at the Gozar-e-Sayed Abad Mosque in Kunduz, northern Afghanistan

Some reports suggested the death toll was as high as 50.

the deputy police chief for kunduz province, dost mohammad obaida, said the "majority of them ( the victims ) have been killed".

Another local resident, Hussaindad Rezayee, said he rushed to the mosque as soon as the explosion went off.

"I was busy at home doing construction work and when the prayers started the explosion happened," he said. 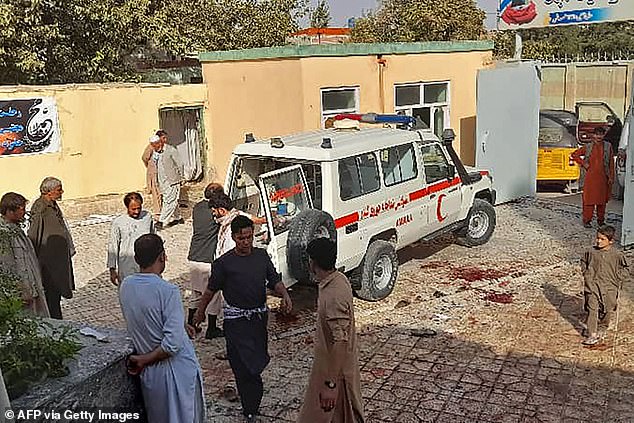 "i came to look for my relatives, the mosque was full."

The Islamic State group have claimed responsibility for a deadly suicide attack on a Shia mosque in the Afghan province of Kunduz, which killed at least 46 people.

He said the attack was likely carried out by a suicide bomber who had mingled among worshippers inside the mosque.

It follows other attacks at a mosque in Kabul and a religious school in the province of Khost in recent days. 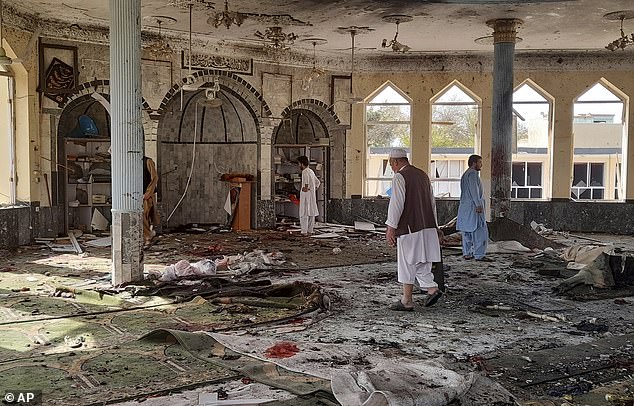 An explosion at a mosque in Kunduz, northern Afghanistan, on Friday that targeted Shiite Muslim worshippers has left at least 100 people killed or wounded