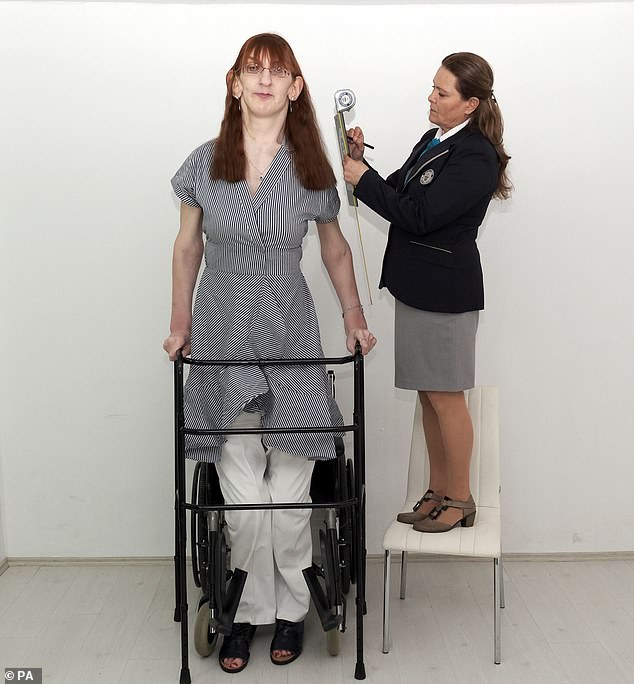 Turkish woman, 24, who measures more than 7ft named tallest female in the world

a woman declared the tallest in the world hopes to inspire others to accept themselves.

Rumeysa Gelgi from Turkey, stands at 7ft 0.7in ( 215.16cm ) and has officially been named the tallest woman alive by Guinness World Records.

Her stature is the result of a condition called Weaver syndrome which, among other things, causes accelerated growth.

Due to mobility problems related to her condition, Ms Gelgi mostly uses a wheelchair to move around – although she can walk with the help of a walking frame.

This is the second time Ms Gelgi has achieved a world record after being named the tallest teenager alive in 2014.

Since then, she has used her platform to advocate for others with rare conditions.

The 24-year-old from Turkey said : "Every disadvantage can be turned into an advantage for yourself so accept yourself for who you are, be aware of your potential and do your best." 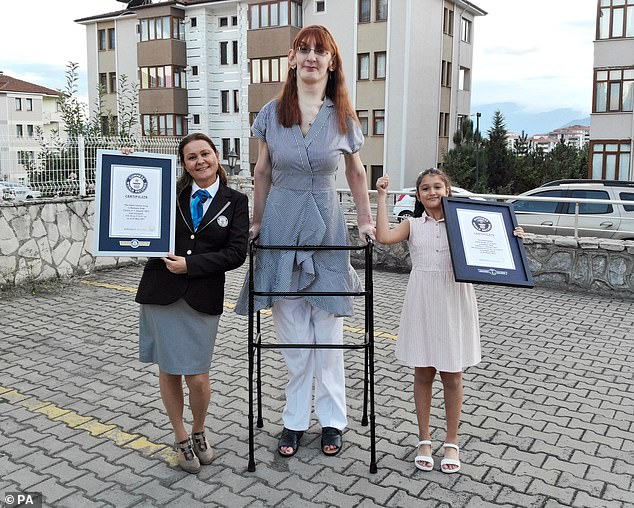 Ms Gelgi said: 'Every disadvantage can be turned into an advantage for yourself so accept yourself for who you are'

Craig Glenday, editor in chief at Guinness World Records, said : "It's an honour to welcome Rumeysa back into the record books.

"Her indomitable spirit and pride at standing out from the crowd is an inspiration.

"The category of tallest living woman is not one that changes hands very often, so I'm excited to share this news with the world."

The tallest man in the world, Sultan Kosen, is also Turkish. 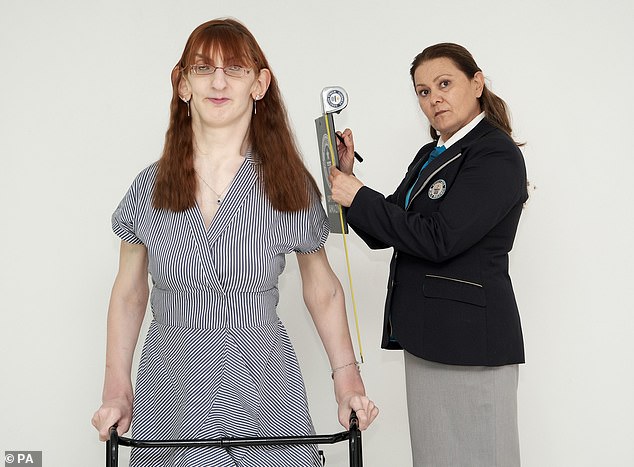 His unusually tall height has been attributed to a brain tumour which affects his pituitary gland.

The condition's exact cause is unknown, but some researchers think it can be inherited.