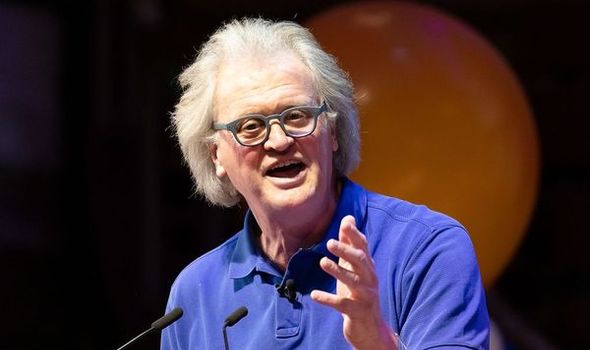 Wetherspoons has taunted Boris Johnson over Downing Street "high jinks" during lockdown- and suggested it would have been better if staff had partied in its pubs instead.

the pub chain used the opportunity to turn its fire on mr johnson- a man mr martin once described as a "winner" who would "make a good prime minister".

Wetherspoon added that it also highlighted the ramifications for pub closures suggesting there would have been "a number of advantages for the nation" if attendees had been able to visit a pub rather than partying at No 10.

"Central London pubs employ experienced staff, including highly trained managers, who would have easily dealt with the 'high jinks' alleged to have occurred at No 10," it said.

It also said that CCTV coverage in the venues would have helped in the gathering of evidence for "subsequent enquiries".

"in 2020, before vaccinations were available, covid controls in pubs were superior to private parties, with screens, sanitisers, optimal seating layouts and so on.

"wetherspoon adds that in the second half of 2020, when pubs were allowed to reopen, it registered over 50 million customer visits with no outbreaks of the virus among customers during this time. 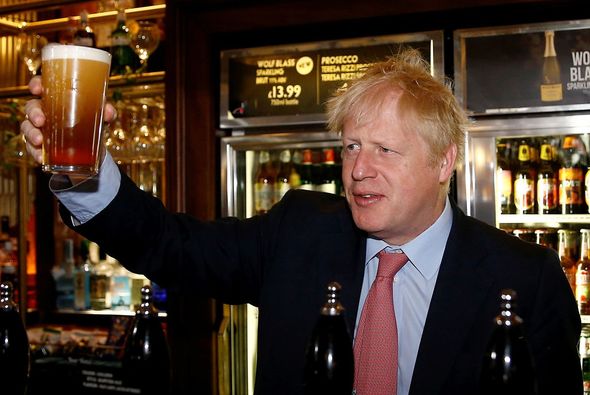 Wetherspoon suggested Downing Street staff should have gone to a pub instead (Image: Getty)

"the company will be loss-making in the first half of the financial year, but hopes that, with the ending of restrictions, improved customer confidence and better weather, it will have a much stronger performance in the second half."

Wetherspoon's colourful trading update comes as the company reports falling sales, exacerbated by the Plan B restrictions brought in over Omicron in December.

The pub chain, run by chairman and founder Tim Martin, directed its ire at the government over "partygate". 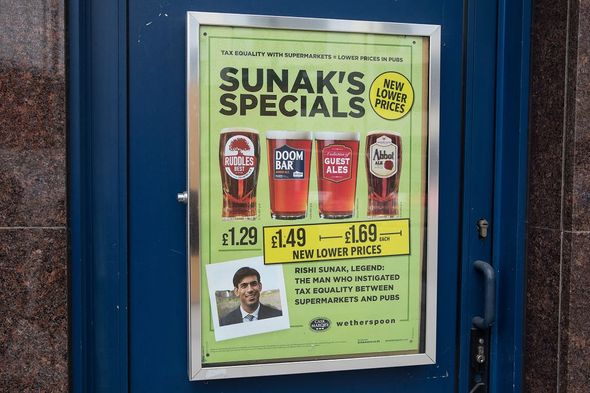 VAT was cut for pubs during the pandemic which Wetherspoon wants to see remain (Image: Getty)

Chairman Tim Martin said : "The uncertainty created by the introduction of plan B COVID-19 measures makes predictions for sales and profits hazardous.

It came as Wetherspoon reported a 16.6 per cent drop in sales over the 12 weeks to the middle of January, as the impact of the Omicron variant of coronavirus struck the hospitality industry.

In a trading statement issued today, Wetherspoon pointed out the public anger at the "hypocrisy" of people being prevented from seeing friends and family while the rules were not followed in Downing Street.

cctv is in operation in central london pubs, so subsequent inquiries as to events are facilitated by the ready availability of evidence." 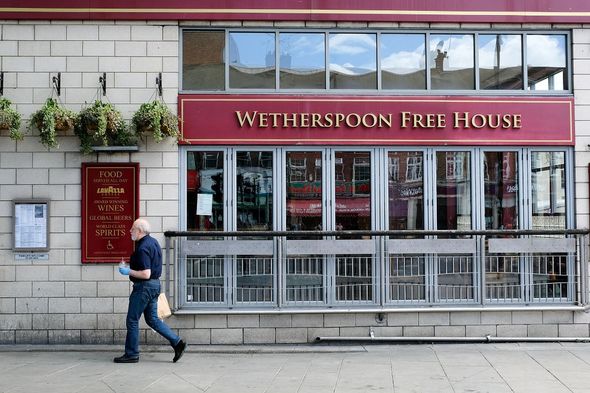 Blackrock has voted against all Wetherspoon's non-executive directors over alleged shortfalls in corporate governance.

On Wednesday the pub chain said : "BlackRock corporate governance executives, at the time of the AGM ( annual general meeting ) vote, had never met anyone from Wetherspoon – and there was no advance indication of their voting intention."